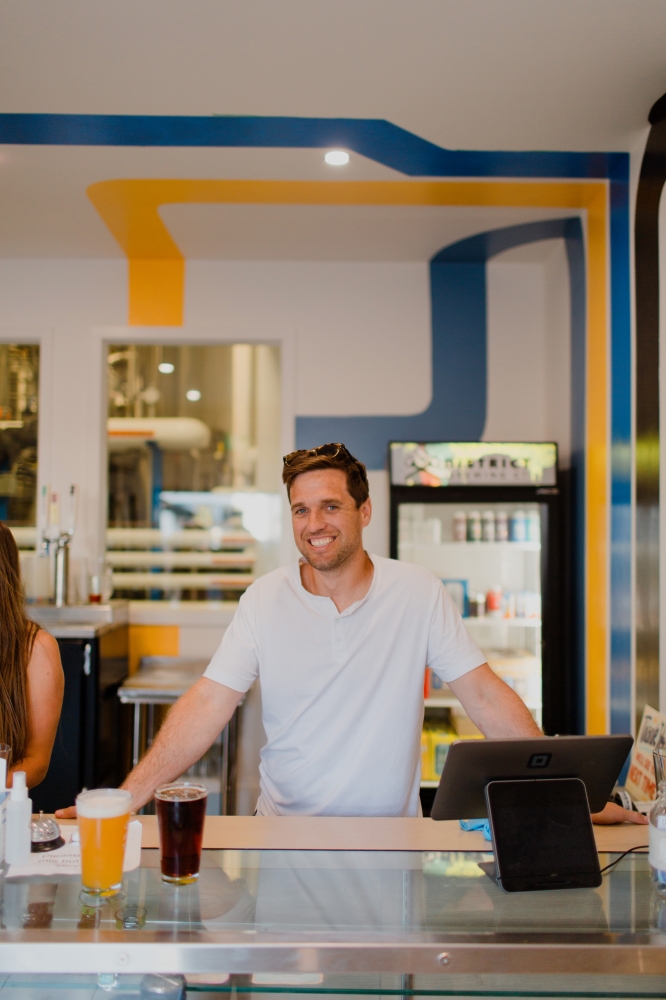 Joe van Heerden joined District Brewing Co. as General Manager & CEO in June 2016 after serving as a board adviser to the brewery in a financial consulting capacity. He brings an expertise in public practice auditing and business consulting for various industries (including medical, real estate and international tourism) to his executive role where he manages all operations, financing and investing of the brewery. Since then, he has successfully rebranded the company into a successful craft brewery with a renewed mission of consistently providing quality craft beer (since December 2016).

Originally from Worcester, Western Cape, South Africa, Joe settled into the Saskatchewan community after high school when he followed family relocating to Canada. He has always liked the idea of business because “It’s universal. Regardless of the idea, thing, or service—everything has a business and accounting component if you want to make it successful.” This motivated him to obtain a Bachelor of Business Administration from the University of Regina, and continue his education. He is currently completing his Chartered Professional Accounting designation (CPA).

In his free time, Joe enjoys playing rugby and cricket. He also enjoys staying active in the beautiful Canadian outdoors with his wife Emily, daughter Maeva, and dog Bobbie.